Earlier this month we posted about the Riken wakame soup CMs done by Kaji Yuki, Shimono Hiro and Kiiyan — and now Animate Times has interviewed the three about the commercials and soup. 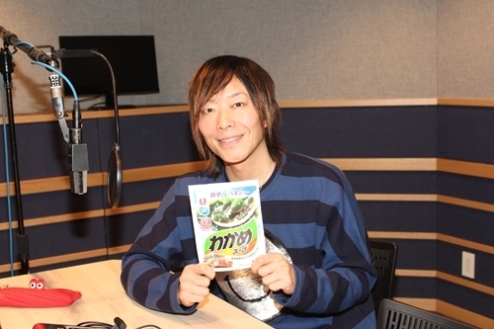 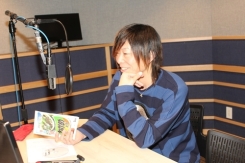 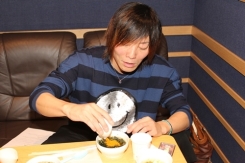 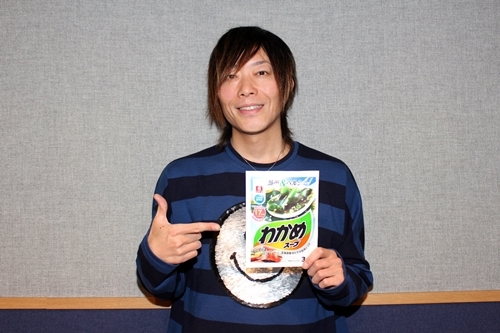 Kiiyan mentions that he was a bit nervous about doing a CM because it had been so long (apparently he forgot about the shiso sake one from last year), but that he listened to Shimono’s take and felt prepared.

He felt he couldn’t nail the father’s voice, as he’s never been a dad, but that the kid’s voice was at least easy to record because the director told him to make the voice kind of like Panda-kun’s from Bokura Bare Bears.

He recommends the soup because it’s great for eating after drinking (or the risotto made with it, depending on your belly size) and with only 17 calories, it’s great for diets. He said it’s good with garlic or sesame oil. He tried curry powder, because Shimono did, but ended up putting too much on!

Animate Times is currently running a Twitter campaign where users who follow the account and retweet the target tweet have a chance at winning an autograph from each of the seiyuu, 5 winners for each (a total of 15 winners in all). The time frame for Kiiyan’s autograph is June 10-July 10, 2019.

The full interview and pictures can be found here.