Kiiyan and e-zuka first came out while Kishidan’s Sho was still there; he introduced them to Yoshiki as his sempai, which surprised Yoshiki. After Sho left the set, they chatted with Yoshiki for a while, including about how Kiiyan is bad with planes (and so no going overseas like Yoshiki does). Right after the nice intro Yoshiki’s staffer gave Kiiyan, all about his seiyuu work, he was clearly embarrassed at the praise.  They were both nervous, and Kiiyan called Yoshiki “Yoshiki-sama,” which is the first time I’ve ever heard him use that term of deference with someone.

They watched the clip for Pierrot Dancin’, which earned not one but two “kakkoii” from Yoshiki. Rodeo Spider (Granrodeo’s original name — apparently a producer talked them into Granrodeo) came up a lot, including mention of the new single. Hopefully Yoshiki remembers the right band name!

At one point, Yoshiki played The Other Self on the piano, which was incredibly lovely. e-zuka seemed to approve of the arrangement; Kiiyan was entranced. Shortly before the end, the three of them played an X Japan song (sorry, I don’t know the name). Kiiyan, who had said something earlier about not feeling he could sing high like Toshi did just fine — though nerves got the best of him more than once and he flubbed the words, much to his horror. He was a bit teary after they were done.

I had comments turned off, but there were apparently a few negative ones early on. Despite that, I hope that many more were impressed by e-zuka and Kiiyan, and give their music a try. And a collaboration would be very nice! 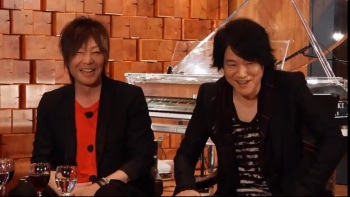 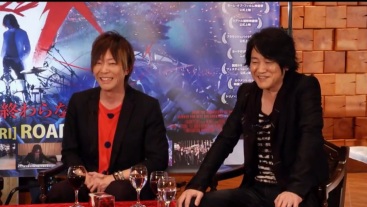 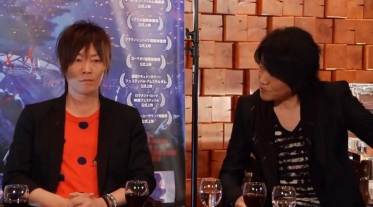 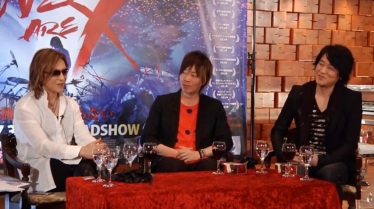