On March 8th, the Seigura NicoNico channel will be hosting Anri Katsu and Hama Kento, who starred with Kiiyan and others in this January’s Edogawa Ranpo reading show. Members of the channel will have a chance to win a brochure signed by the main cast. Details can be found here.

Next Monday, Lantis artists, including Granrodeo, will be holding a live press conference to discuss details about next June’s 20th anniversary Lantis Matsuri. The announcement will air on Nico Nico, YouTube and Line. On Line only, there will be an after talk segment with the participating artists (Jam Project, Granrodeo, Minami, Ogata Megumi, etc.) Details … END_OF_DOCUMENT_TOKEN_TO_BE_REPLACED 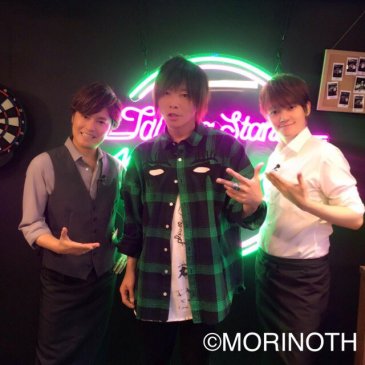 As listed in the image above (click for full-size), there will be one free option to watch the video (BS11) and two pay options (dAnimeStore — Docomo’s anime offering & NicoNico).  Note that all three options are before the official DVD release on 4/27/2018. Details Televison Station: BS11 Air Dates:  Part 1 — 3/21/2018  & Part … END_OF_DOCUMENT_TOKEN_TO_BE_REPLACED

A special Flow x Granrodeo Nico Nama will happen this Friday night, starting at 21:00 JST. All seven members will attend and talk about the new single, the tour, and get their annual fortune told (to see who will have the best luck in 2018!). After the main program, Nico Premium members will get an … END_OF_DOCUMENT_TOKEN_TO_BE_REPLACED

From October 30th~November 13th, there will be a Show by Rock cafe in Ikebukuro. The cafe is a collaboration with Niconico, and anyone who comes in and has a drink or food can enter a lottery see Kiiyan and Inagawa Eri (Cyan) record a Nico Nama on November 13, 2017. Purchases in the SHOW BY … END_OF_DOCUMENT_TOKEN_TO_BE_REPLACED

Kiiyan was so, so nervous, especially when put on the spot to sing (he couldn’t quite reach the really high notes), but e-zuka seemed right at home talking arrangements with Yoshiki. It was good to see that they had most of an hour alone with Yoshiki, and I hope someone gave Kiiyan a stiff drink … END_OF_DOCUMENT_TOKEN_TO_BE_REPLACED 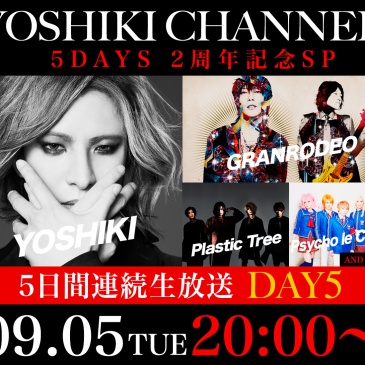 Yoshiki will be hosting 5 nights of guests live on his Nico channel the first week of September, and Granrodeo will be appearing on the 5th night. Tickets (a subscription to the channel) can be purchased in advance on the channel here.     Detail Event:  Yoshiki nico nama Channel:  http://live.nicovideo.jp/watch/lv305616083 Date/Time:  September 5, 2017 … END_OF_DOCUMENT_TOKEN_TO_BE_REPLACED