Take a picture featuring the Michinoku Eastern Gale logo (seen above), post it to a social media site like Twitter or Instagram, show your post to event staff and you’ll get a lottery number good for a chance at a free event t-shirt. Entries will be accepted until show time, and the winner number will be announced on the event website right after the show ends. The winner has half an hour to claim their prize after that.

Goods will go on sale Sunday at 14:00. Individual artist goods will also be on sale.

There will be a NicoNico nama for Eastern Gale (aka Michinoku Anison Fes 2017) during the live event.

To see the entire program, you must be a Premium NicoNico member. Premium members also get viewing priority.

The event, which features JAM Project, FLOW and Granrodeo, now has an official website. The site recently announced that Fo’xtails will be the opening act for the March 5th show, and that a ticket lottery will be held on the site from January 6th ~ 15th,2017.

Granrodeo has been invited to join JAM PROJECT and FLOW at 2017’s Eastern Gale anison event!

I really had hoped to write up each of the shows as I went along, but time escaped me. I actually started *this* particular write-up the week before ROUND GR and now it’s after Mezamashi….

Rather than write something new up as I usually would, I’m stealing the bullet points I always post on Tumblr after each show, so if you’ve seen those, you’ve seen most  of this before, and it’s a little more casual/personal than I usually write here.

So … this will be a bit long-winded, no doubt, but hopefully enjoyable to those of you seeing it for the first time. I’ll follow up later with ROUND GR and Mezamashi … and probably the GuraP show by time I get to it.

END_OF_DOCUMENT_TOKEN_TO_BE_REPLACED 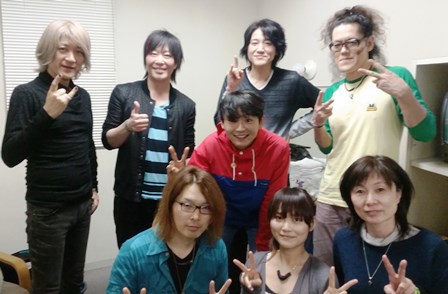